Copycat Chaos? Program trading is back – this time in app form. 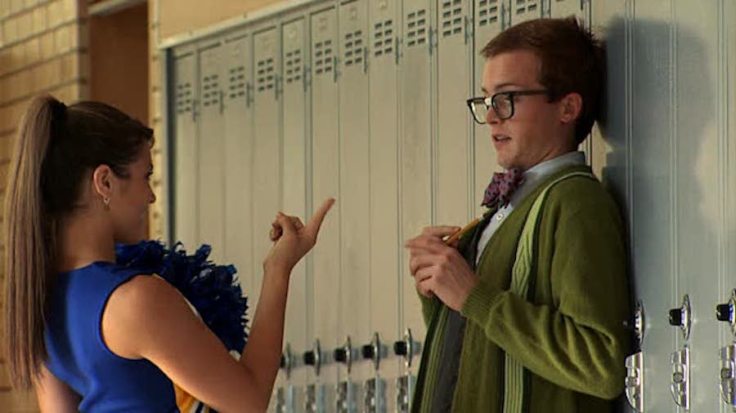 A new app could be the gateway to another 1987 crash.

One of the drawbacks of writing a breezy but occasionally gloomy book about the pernicious influence of technology on banking (“Why Aren’t They Shouting?”) is that you start getting asked to predict the causes, consequences and timing of the next crash. In part, this is as a result of the inevitable human need to bring ‘experts’ down a notch or two (“OK, if you’re so smart…”) and partly as a symptom of the natural desire to get ahead of the next wave.   So let me say right now that I have not got a clue what will cause a new crash – and nor does anyone else.

That said, it always concerns me whenever I see ideas that were heavily implicated in previous crises coming back to the scene of the crime, whistling nonchalantly as they do so.

For instance, who would have guessed that the Synthetic CDO (Collateralized Debt Obligation), villain of the sub-prime melt down of 2007/8, would ever be back in fashion? But, in a move reminiscent of the ‘vinyl revival’ (if LPs had contributed to the worst financial crisis in a century, that is) synthetic CDOs are back: “Around $20 billion of bespoke tranche deals were printed last year…tiny compared with the market’s peak, but enough for dealers to start rehiring and printing research”. [1] One to keep an eye on, I think.

But it was while watching TV the other day that I saw an advert for a mobile phone app which really gave me pause. It featured two people: a hairy, bespectacled man looking harassed, rumpled and, frankly, a bit unhinged, surrounded by computer screens in his home. The other was a photogenic female, clutching her smartphone out in the countryside in the open air. The hairy loon was day trading shares – and so was the picnicking young lady. The advert’s pitch was that, while the loon was doing all the hard work (staring at screens like a loser) the girl was getting the same results simply by copying the geek’s trades via the app. It was a technological update of the classic teen-film trope of the pretty cheerleader getting her homework done by the shy, besotted class nerd.

Copycat trading is the generic term for such an approach; ‘The Facebook of Trading’ is the harmless-sounding tag line of one such product. So why when I saw the advert did I stare in disbelief? Because, after decades of seeing how technology and finance almost inevitably follow a path to the logical extremes of what is possible (automated trading algorithms limited only by the speed of light; derivatives becoming so complex that they end up being quite literally incomprehensible) – I fear the worst.

What, then, is the logical endpoint of this copycat development? First up, it is almost inevitable (in fact, I think may well already be happening) that the decision to copy another trader’s deals will be done automatically in the app, rather than by virtue of human intervention. This will be particularly important if the copied trader’s activities begin to regularly move the market – why wait? Second, the popularity of the apps will grow; the very fact that they are now advertising on television tells you that. The rise of individual trading accounts is one facet of a gradual trend to distrust professional investment advice (indeed, any expert advice in general). Third – and this is crucial – there will almost certainly be a ‘winner takes all’ effect whereby the ‘followers’ start to coalesce around a few (almost certainly merely lucky) individuals who begin to get a track record. In short, it doesn’t take a huge leap of the imagination to conceive of a future – possibly in many years to come, I concede – in which a vast pyramid of retail money is, in effect, ‘controlled’ by a small number of amateur individuals. And controlled in a hair-trigger, mechanistic fashion via automated orders through apps.

Why should that matter? The simple answer is because it may mean that the markets become less stable and prone to bubbles and crises. We’ve already seen that interlocked computers can destabilise markets (the Flash Crash of May 2010 being a case in point). But the example that came to mind as I watched the advert was an older one: the Crash of 1987.

The visceral impact of this crash has been diminished by the passage of the years, but at the time, the fact that inside one week the “Dow Jones Industrial Average declined by almost one third, representing a loss in the value of all outstanding United States stocks of approximately $1.0 trillion” was a tremendous shock. [2] Automated, computerised program trading was heavily implicated in that fall.   Option replication programs like portfolio insurance (whereby stocks are sold into a falling market to replicate the risk reducing effect of having bought put options) and index arbitrage (exploiting pricing differences between the futures and cash markets) were both cited. What was crucial is that both approaches were automated and churned out their orders unstoppably. Ultimately, it came down to a question of liquidity:

“The ability of the equity market to absorb the huge selling pressure to which it was subjected in mid-October depended on its liquidity. But liquidity sufficient to absorb the limited selling demands of investors became an illusion of liquidity when confronted by massive selling, as everyone showed up on the same side of the market at once. Ironically, it was this illusion of liquidity which led certain similarly motivated investors, such as portfolio insurers, to adopt strategies which call for liquidity far in excess of what the market could supply.”  [3]

To repeat: “Everyone showed up on the same side of the market at once”. Let us hope that in the future the nerds and their army of cheerleaders don’t do exactly the same thing.

[2] “Report of the Presidential Task Force on Market Mechanisms : submitted to The President of the United States, The Secretary of the Treasury, and The Chairman of the Federal Reserve Board”, https://www.armstrongeconomics.com/wp-content/uploads/2014/01/BRADY-REPORT-Full-text-of-_Report-of-the-Presidential-Task-Force-on-Market-Mechanisms.pdf