Ten years since The Top 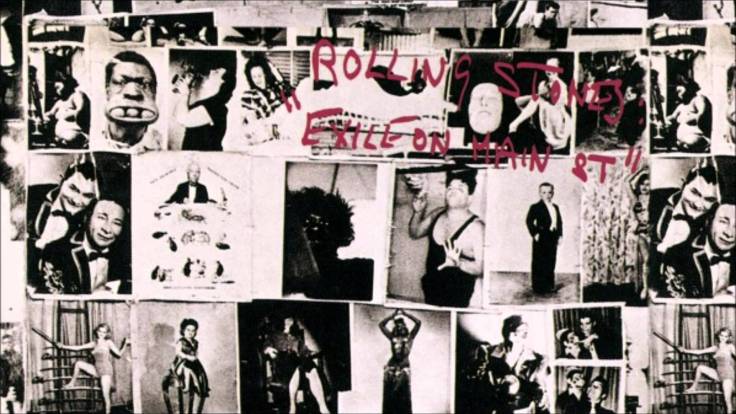 There will be lots of articles this summer and autumn about the start of the Great Financial Crisis ten years ago.  But when did it actually kick off?  What was the precise date? In my view, it was ten years ago today: July 12th, 2007.

My reason for choosing this particular date?  The Rolling Stones, downgrades and CVIX.

As I once wrote:

Turning points in history are not always obvious, even in retrospect, but I know exactly where I was when I was first made aware that the banking industry I had worked in for most of my adult life was sliding into an abyss. It was July 12th 2007 – I was in Barcelona and I had just been watching the Rolling Stones play. And not watching them in some giant stadium with a sixty thousand others, forced to peer at dot-like geriatric rockers through binoculars – oh no! – I had watched them perform a one-off show to a tiny crowd of five hundred of Deutsche Bank’s most important clients and most senior investment bankers on a fully rigged-out stage specially constructed in a museum.

The Stones had been hired to play a private gig as the entertainment during that year’s two-day ‘Deutsche Bank Derivative Conference’ – the most meticulously organised and eagerly anticipated client event in our calendar. Apparently, the head of Deutsche’s investment bank at the time and Sir Mick Jagger came up with the idea one day when they met at Lord’s cricket ground (both are avid cricket fans). They figured Deutsche’s clients would love it – and they were right. When I first started out in banking I rather foolishly imagined it would be glamorous. Seventeen years of staring fixedly at screens, arguing interminably in glass-walled meeting rooms and being patted down over and over again whilst jet-lagged in foreign airports had rather tarnished that idea. But I will admit that watching the Rolling Stones loud and up close was a bit more like it. Sadly, my retrospective enjoyment of the memory of that evening has been marred by the conversation I then had with a couple of my colleagues in the elegant and packed bar of The Arts Hotel after the show.

One of them was called Greg, who at the time was the head of mortgage trading at Deutsche in New York. A forthright, talkative, slightly vulpine man, I knew him vaguely from events like the conference we were attending and I knew his reputation within the bank as an expert in his field. He was talking urgently about the American subprime mortgage market and why it was doomed and why he was shorting it. He seemed convincing even though I wasn’t catching all of what he was saying. To be honest, I wasn’t really concerned that I wasn’t catching it either – the mortgage market, especially an obscure segment of it, was a far-away country of which I knew nothing.

Then another colleague of mine joined in; David, a short, cherubic Canadian, was the bank’s leading authority on how money markets work. Money markets exist to provide short term funding to banks, funds and companies and, while they are not considered glamorous, they are huge and vitally important. If they fail to function, banks and companies struggle for cash and shortly thereafter begin to thrash around like a scuba diver with a blockage in his air pipe. This, according to David, was exactly what was about to happen. A few weeks earlier two troubled hedge funds that had invested $20 billion in instruments linked to subprime mortgages (and which were operated by the bank Bear Stearns) had been ‘bailed out’ with a multi-billion dollar loan from their parent. “That’s just the start!” said David with a manic, almost gleeful giggle that I learned, during frequent meetings with him in the long months ahead, to associate with imminent terrible news. If Greg’s views were right, David said, more and more funds would hit the rocks. If Greg was really right and the mortgage market collapsed, the effects could be utterly catastrophic because banks had a colossal amount of mortgage risk on the books. The money markets could seize up and there could even be bank runs. Bank runs! This was a frightening, archaic threat, redolent of panic and of grainy, sepia photos of long uneven lines outside banks with now-forgotten names. His parting recommendation that night was both chilling and prescient: “sell any stocks you own and don’t buy anything expensive”.

Disastrously for people the world over, both Greg and David were soon proved completely correct. That very day, as we were happily watching the Rolling Stones, credit rating agencies in the US were issuing the first mass downgrades of investment products linked to mortgages.

For me, looking back, the coincidence of Deutsche Bank being confident enough to pay the Rolling Stones a reported $5.4 million for an 80-minute set (for, at most, 300 clients) on the day that the first mortgage products were being downgraded is like a flaming sign from the cruel gods of Hubris.  The Stones might as well have played under a large banner that said, “Boys: It’s All Downhill From Here”.

Yet another sign, although we did not realise it at the time, was the CVIX.  After years of gradual decline, the dead-ass low of this index of currency volatility was reached on – yes, that’s right – the 12th July 2007.  From then on, volatility and fear were strapped into a one-way rocket ride higher for the next 18 months. Coincidence?  I think not.

So, if you survived the Crisis (professionally speaking), or if you were lucky enough to avoid it altogether, raise a glass tonight.  Ten years ago today, we had reached The Top and, like King Louis in The Jungle Book, we had to stop.

Buy the new edition of Kevin Rodgers’ book ‘Why Aren’t They Shouting?’ at Amazon.

One thought on “Ten years since The Top”