Life lessons from the floor 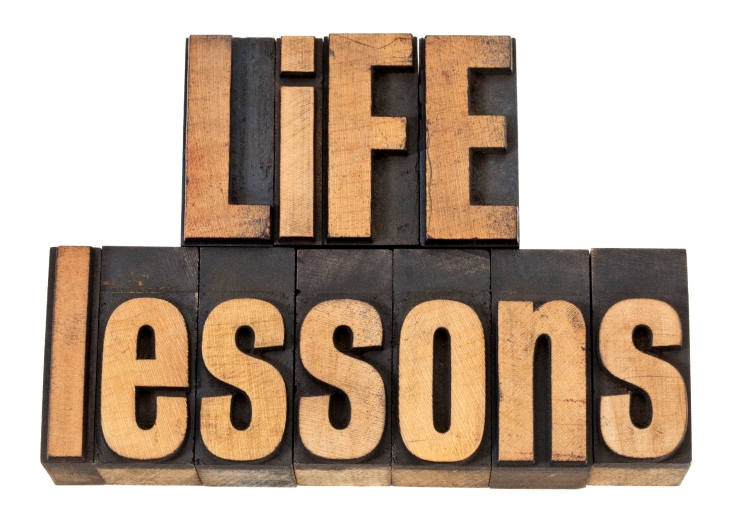 Can we apply lessons from the trading floor in everyday life?

A email from a friend makes me think that we can.

A long-term friend and ex-colleague – now retired from finance – recently sent an email to me and a few mutual workmates from the old days. His message? He had just applied a golden rule that he (and we) used to use in our days on the trading floor to solve a problem totally disconnected from trading or derivatives.

“It’s amazing how often lessons from finance help in real life,” I wrote back.

And of course, that got me thinking: what lessons from a career in finance do I still use?

Don’t be a slow-boiled frog

The specific circumstance that my friend found himself in need not concern us, but, in essence, he entered into a commercial arrangement and then found that the supplier started acting oddly. Not communicating. Disputing details.

He recognised the signs – he was about to be screwed. So he applied a blend of charm and medieval threats and ultimately got the bulk of his money back.

He had learned to recognise the signs during his time on the trading floor.

When companies that owe money to a bank start to get into trouble they don’t usually go bankrupt suddenly. There are normally a lot of small warning signs.   They don’t answer emails. They dispute margin calls. They delay payment ‘by mistake’.

That’s the time to act fast.

Specifically it’s the time not to hang around too long like the unlikely and apocryphal frog that lingers in gradually hotter water only to be boiled alive.

My friend jumped out of the pan and saved himself a small fortune.

One of my best former bosses would ask me, each time I put on a substantial position, “What is your exit strategy?”   By which he meant both when would I take profit and – more importantly – where was my stop loss. Under what circumstances would I recognise things were not going well and hit the ejector seat button to preserve capital?

The act and art of setting stop losses became as ingrained in me as a golf swing. Over the years it meant that I (and, later, my businesses) never blew up: something that I look back on with no little pride.

But stop losses don’t just apply to money. They work in everyday situations from the trivial to the all-important.

Holding on the telephone line forever to get through to a call centre? Decide how many minutes you’ll wait before you hit ‘cancel’ – thus avoiding an emetic hour listening to ‘Never Gonna Give You Up’ played on a Peruvian nose flute.

Taking a new job? Decide upfront what would make you leave.

Relationships? Ditto. What are your ‘red lines’? Stick to them like Ulysses strapped to his mast.

Well, I once saw a news item about a couple who got divorced in their 90s. I think they ran that position a little too long; a stop loss might have saved them decades of misery.

While managing traders I quickly learned an important lesson. When the market started getting chaotic, I shouldn’t be concerned about the traders who were noisy. Nine times out of ten they were making money and not so subtly letting everyone know. (A shout of “the dollar is breaking higher!” almost inevitably meant that the trader who was shouting was long).

But the ones to watch out for – the people who were possibly in trouble – were the ones who became withdrawn and silent. Those are the traders I’d sidle up to and have a quiet word with.

But it doesn’t just apply to investment (unless your definition of ‘investment’ is a bit loose and very optimistic); if you are a parent of small children the rule applies to you.

Do you really think that the sudden quiet from upstairs means that your kids are settling down to read improving books? That it’s safe for you crack open a beer and watch Soccer Saturday?

More likely they are (to take some real examples): covering the walls with mum’s make-up, sitting in an almost overflowing bath fully clothed, or repeatedly feeding Brazil nuts into the front of the video recorder, “because Winnie the Pooh looked hungry”.

Believe me, I’ve lived through it.

The early days of my career were spent understanding computer models and all the analytic brilliance that they embodied. The latter part of my career was spent gradually doubting them more and more.

This is not to denigrate analytics – when they and your gut are in agreement, it’s great. But when they don’t, the Spidey-sense of danger is the one to go for.

That’s why, in my new existence as an investor, I don’t get involved in ventures that I don’t really understand (by which I mean that I can’t quickly explain the concept and competitive advantage to my – now adult – children in simple sentences).

Diversification and diversity are your friends

The penultimate lesson is, I think, the most important.

Anyone who works in finance learns about the wisdom of diversification. It’s taught as a first principle. What’s more, the maths is in tune with ancient folk wisdom (‘don’t put all your eggs in one basket’).

During my career I came to realise that the benefits don’t just apply to positions. They accrue to all the other aspects of running a trading business.

Why rely on making money from just one sector or even just one customer? Why major on a narrow range of products? Why put all your faith in one star trader? (In my experience, star traders very rarely excel consistently long term – star teams can and do).   Spread your risk.

For me, diversity is just a continuation of the theme. Having different viewpoints in a team makes massive screw-ups less likely and better day-to-day decisions more so.

And by ‘diversity’ I’m not just talking about having a mix of nationalities, races or genders (though that’s the obvious and rational starting point), but also different types of people having different ‘styles’ or perspectives.

Note: it’s not enough for them just to be there – they have to feel comfortable enough to speak and confident they’ll be listened to.  Groupthink is real; having a quiet person in the corner puncture the love-in with a well-timed question is the key to avoiding it.

I now apply the rule to investment (for obvious reasons) but also to my choice of the company I keep.   It’s working so far.

Quit when you’ve had enough

This last one applies to a lot of things: from managing your career to writing blog articles.

I could keep writing but, having learned this lesson from my working life, I realise that I shouldn’t.  So I will stop.

Buy the new edition of Kevin Rodgers’ book ‘Why Aren’t They Shouting?’ at Amazon.

One thought on “Life lessons from the floor”