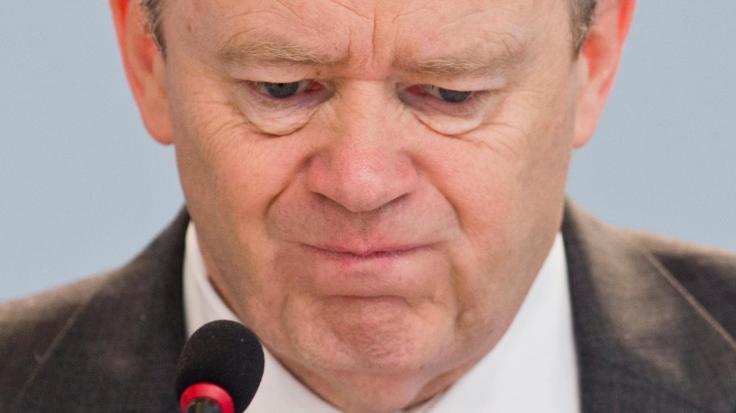 The press is full of rumours and reports of a bid to get rid of Deutsche Bank’s CEO John Cryan.

It won’t solve my old employer’s problems. In fact, it might make them worse.

Let me say first off that I’ve never met John Cryan (he arrived at Deutsche some time after I left the bank). But people whom I respect and who are still in the firm have good words to say about him: focused, competent, unfussy. In addition he’s probably got superhuman patience and, it seems, the thick hide of a hippo. Vital qualities for the tasks ahead.

If he survives, that is.

The problems he is dealing with at Deutsche are well documented: sky-high costs, mind-bogglingly large legal bills and settlements, and a complex new regulatory landscape which could have been designed expressly to hurt Deutsche’s old investment banking business model.

All of which has led to weak profitability (or, more accurately, no profitability at all since 2014) and a stock price that has been clubbed to its knees. On top of that, as if to add paraffin to the bonfire, intermittent rumours that the bank could default. Cryan doesn’t need my sympathy, but he has it anyway.

That said, he is by all accounts grinding away at the problems: most of the big legal issues have been squared away; capital has being raised; costs are being targeted. But like a patient trying to walk again after a bad car wreck, recovery will take time.

It seems that major shareholders and the DB chairman Paul Achleitner would prefer a quicker route back to health. They seem to think that a new man at the top will make it happen.

It’s unlikely, in my view.

To understand why, you have to realise that Deutsche isn’t in poor shape because of lack of energy from senior managers or because of a failure of diagnosis – you don’t have to have finished top of your class at Harvard Business School to figure out DB’s problems. Rather, it’s because DB’s weaknesses are historic, strategic and structural and embedded in the bank like cherries in a cake.

Most universal banks that expanded into investment banking in the mid-1990s did so from a position of strength gained from owning a profitable retail franchise or a kick-ass private wealth arm.

An exemplar would be Barclays, which benefited mightily from the getting-close-to-oligopolistic structure of the UK retail banking market and then punted some of the resulting free cash flow on BarCap; another example is UBS, which could rely on its exceptional wealth management franchise.

Deutsche was different.   Its retail franchise, although extensive, could not generate huge returns because of the peculiar, fragmented and hyper-competitive nature of the German market. It was competing with banks which were pretty much ‘not for profit’.   Less excusably, the performance of its private wealth business was – and for decades, continued to be – utterly anaemic.

Thus, its expansion into investment banking did not come from a position of strength like its peers but, instead, weakness. Investment banking for DB wasn’t like flash new leather seats and a high-end stereo shoehorned into a reliable station wagon. It was the new engine installed in a rusting banger.

That’s why the investment bank at DB was built in a tearing hurry. It was vital to get it to scale quickly. Whole teams of people hired in one go; Bankers Trust bought and semi-integrated piecemeal; the hasty creation of bootstrapped – ‘it’ll do for now’ – computer systems.

Above all – silos. Two of the words most often used about the Deutsche investment bank in its glory years of the 2000s – ‘entrepreneurial’ and ‘political’ – were as a direct result.

If you can build any business and product you want without much worry about fitting into existing infrastructure, it certainly encourages you to push hard for growth. And if there are no clear demarcations over who owns what product or client group (a nebulous state of uncertainty that was actively encouraged from the top) you’re going to get unholy scraps as a consequence.

Of course, for years this didn’t matter. There was plenty of money to be made by the aggressive and quick. There was more than enough to hide the high cost base in the investment bank and – at its peak – the weakness of the rest of DB as a whole.

Then came the Crisis.

To be fair, Deutsche did passably well in the height of the chaos. It was crushed in certain products (credit, equities) but made enough in others (money markets, FX – yay!) to keep it out of trouble.   The problems came afterwards. New capital rules. Business drying up in some of the most profitable areas. Limits on leverage. The days of easy access to resources were over.

This was crucial. Back in the go-go days of 2006, an old boss of mine kicked off his introduction to a meeting of his senior managers with a slide of a lion eating a zebra. ‘There are no limits to resources’, he said, ‘not people, not balance sheet, not IT spend. If you can make money out of it, you’ll get it’.

That changed. Suddenly there were restrictions which meant that businesses that had always ignored costs now had to swivel by 180 degrees. It was a painful transition.

Wind forward to today. The legacy of the mad dash for silo’ed growth is still with the bank. One element of the legacy is a maze of incompatible computer systems. And not just incompatible – some are ancient. Take, for example, a system that supports a swathe of the bank’s retail business in Germany. It is called GDS and was written in the 1970s. Written in COBOL I might add (for younger readers, COBOL is the programming language that was used to design Stonehenge).

This is just one example. There are many, many more. This is why re-coding Deutsche Bank is a colossal, and colossally expensive, task. What’s more it is one that must be undertaken while revenues are under heavy pressure. The once-rocket-fueled sales and trading business is hemmed in by regulations and low rates and low volatility. The rest of the bank (retail, advisory, private wealth etc.) is coping with its long-term structural weakness while no longer being flattered by other people’s revenues.

Which all brings me back to the unhappy Mr. Cryan.

Solving the problems of DB will not be easy and will not be quick.   Changing CEO will simply create a mess of new political infighting with its resultant uncertainty and temporary paralysis as senior guys scrap to see who gets what job. But, when it is over, the same challenges will remain.

You can change the oil tanker’s skipper, but you can’t change the physics of steering it.

Why not help out a DBK shareholder?  You can buy the new edition of Kevin Rodgers’ book ‘Why Aren’t They Shouting?’ at Amazon

10 thoughts on “Cryan over you”