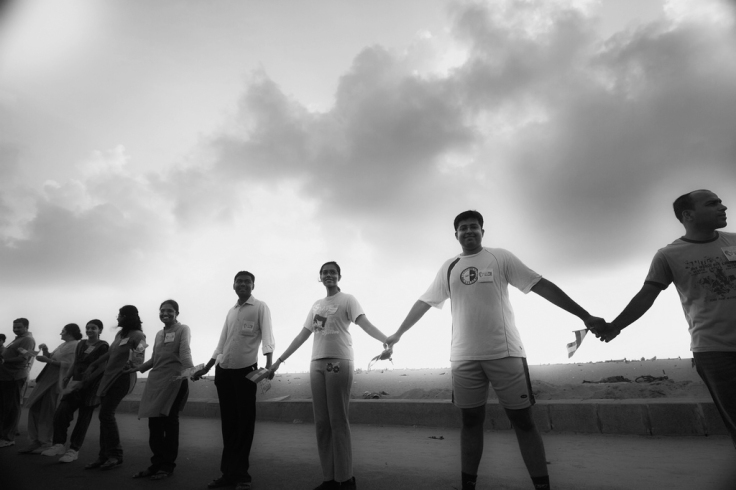 It appears that Deutsche is shutting Equities and 18,000 people will lose their jobs. But one job seems safe – the Chairman’s.

There’s not a lot to say about the – widely trailed – restructuring news.

I suppose I could mention the fact that, in this case as in a lot of others recently, everything significant the bank does has been leaked to the press well in advance.  DB’s persistent lack of discipline around secrecy is truly shocking.  It’s a minor point, but telling of decline.

I guess I could also mention the effect it’s all having on morale. The effect is … not good.

18,000 people means a metric ass-ton of firing to do, even if spread out from now to 2022.  The logistics alone are staggering.  If every destined-to-be-redundant employee were to link hands with the next in a long human chain, it would stretch from DB’s offices on London Wall to Heathrow airport.  The HR folk are going to get RSI.

Clearly, the bank isn’t going to be able to process this many people all at once, which means, after the first wave is culled, all remaining employees will be living in dread of the tap on the shoulder.  Some of them might be channeled into the (€75 billion!) ‘bad bank’ – which, although it means a continuing pay cheque, is not a destination profoundly to be hoped for.  In my view, eating a nice bowl of live slugs might be preferable.

Then I could harp on about the exciting new plans the bank has!  They’re hiring 300 people for the Wealth Management division!  Pardon me if I’m not wholly convinced this will bring about the bank’s turnaround.  Unless these 300 have the fighting power of the famous 300 Spartans (did you see the pecs on those guys?) I’m not sure they’ll be able to massively influence a business that has underperformed for decades.

Or maybe I could be tempted to chat about the loss of senior staff.  It’s probably natural that Equities head Peter Selman is on his way out – his business has just been nuked.  Ditto the head of the I-bank Garth Ritchie (full disclosure: a guy I rather liked in my time at DB) – given that he came up through the ranks from Equities this probably all makes sense.   I’m not sure about compliance big-shot Sylvie Matherat  – I’ve never met her – but, yeah, why not bin people if there are questions about their performance?  (Of which more later).

Then, there’s the lovely touch that CEO Sewing is going to ‘represent’ the investment bank’s surviving employees at board level (i.e. as well as being CEO he’s going to be the de facto head of the investment bank).  Good idea.  Well, good idea unless you consider it a drawback that he really hasn’t the first clue about investment banking.

Maybe that’s unfair: at a pinch, you could be generous and claim as relevant his long years in risk management. But, by that token, I know all about being a premiership footballer. True, I’ve never played at that level, but I’ve certainly watched a lot of games.

Last, I could talk about one question that bothers me: what’s the gig with chairman Herr Achleitner?

He’s been around for 7 years and his record has been a touch … how shall I put it? … un-excellent.

First up (look away now shareholders if you are of a nervous disposition) there’s the fact that, under his watch, DB’s stock price has plummeted 74%.

He appointed Anshu Jain and Jurgen Fitschen as co-CEOs in 2012 (aside: pretty much the first managerial lesson I ever truly learned was don’t appoint co-heads – usually they fight and it’s doubly expensive).  That didn’t work out, so then the soon-to-be-unfortunate John Cryan was levered in to the big glass office to execute a strategy that – I assume – Mr A approved of.

Then, a few years later, Cryan was booted out in a clownishly unprofessional way while a posse of external replacements was publicly lined up (leaks again). Humiliatingly, all these candidates gave it the old: ‘I’m sorry, I already have a boyfriend’ routine.

When DB had taken the knock back from this crowd, fifth or sixth choice Christian Sewing was appointed.  Subdued rejoicing ensued.  Then – just a year later – we had the ludicrous pantomime of the aborted Commerzbank merger.  Guys!  Unless you’d taken a sharp blow to the skull and were dangerously concussed, this was so clearly a non starter that it beggared belief that precious managerial time was wasted on it.

I’m sure Herr Achleitner is a competent and charming man (although, in truth, in terms of charm, the only time I was introduced to him I didn’t really see it) but, if you or I were in his shoes, wouldn’t we now be thinking to ourselves: “you know what? In the cold light of day, looking back on it all, I’ve cocked this job up a little bit; maybe some other geezer should have a crack at being chairman?”

So maybe we’d fall on our swords like good patrician Romans. Maybe we’d allow DB to start over with fresh, enthusiastic leadership on the new, exciting route to being a dull German money-centre bank once again.  Maybe we’d decide we could continue being legendary German power brokers somewhere else and thus spread the love.  Please.

But, I’ll be honest: I’m not holding my breath.  Because, at a certain level, unlike the 18,000, there are some roles where performance isn’t everything.

DB chairman seems to be one of them.