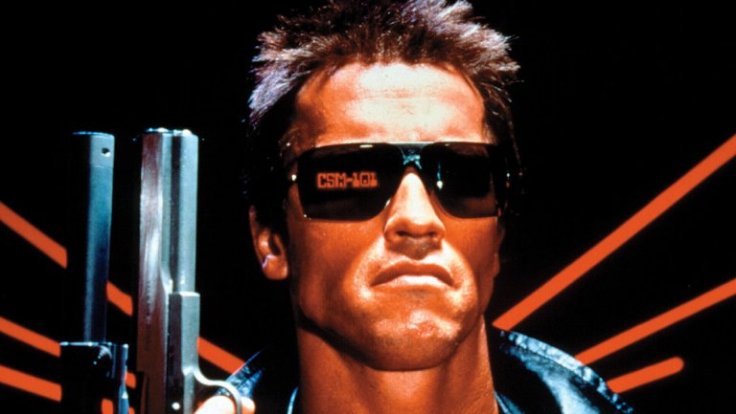 On the tenth anniversary of Lehman, it’s worth asking: could it really have been avoided?

On Monday 15 September 2008 Lehman Brothers declared itself bankrupt in the biggest single corporate collapse ever seen.  Six hundred billion dollars of balance sheet was vaporized.  This triggered the most dangerous phase of the most dangerous financial crisis in living memory and, as a result, the largest peacetime government economic intervention yet attempted.

Ten years on, the default and its immediate consequences have slipped from the evening news to current events programmes to history books.  But the question that still interests me is this:

Was it all inevitable?

Now by ‘inevitable’ I do not mean that it could not possibly have been avoided and that it was pre-destined no matter what people did.  Clearly, the financial crisis and the collapse of Lehman were both spawned by human actions and different human actions would have had different outcomes.

But how probable was a different outcome even if people had been armed with more information or foresight?

One way to think about this question is the ‘time traveller’ thought experiment.  If you were a time traveller and you went back into the past knowing everything about the crisis and its consequences, could you stop it happening?  Fans of sci-fi movies will recognise this as the basic premise of a number of popular entertainments, most prominently the Terminator franchise.  [1]

To demonstrate what I mean, let’s apply the experiment to another crucial event that has had a recent anniversary: the attacks on the twin towers on 9/11.

It seems to me that if you arrived in August 2001 armed with detailed knowledge of the terrorists’ plans and movements it would be a relatively easy job to persuade the US authorities (FBI, CIA, etc.) to investigate and to intervene and thus to stop the plot at source.  The result: no attacks, no deaths, a crowd of incarcerated would-be terrorists, a huge quantity of data on Al Qaeda and – possibly – no 2003 Iraq invasion.

So, based on this thought experiment, I believe that the margins of probability surrounding 9/11 were extremely fine.  A small nudge (with knowledge which could easily have come without your time travelling intervention) would probably have had very far-reaching consequences.  This is not to say that extremists would not have tried some other means of striking the West in later years; they seemed pretty keen on that bloody path.  But 9/11? Not inevitable at all.

Alternatively, was the crisis more like the Second World War?  On this point, as one famous analyst of German history put it:

“A more fruitful way of indicating the importance and limitations of chance in history is to imagine what would have happened had things been slightly different. Suppose, for example, that Hitler had died in 1928 and the Nazis had not come to power; would there have been a Second World War? Most historians agree that war would have broken out anyway.”  [2]

So how inevitable was the Crisis and the collapse of Lehman when examined in this way?

Let’s say you were to aim your time machine at New York on the September weekend before the collapse. This is when Ben Bernanke (at the Fed), Hank Paulson (Treasury) and Tim Geithner (NY Fed) were deciding whether or not to come to the aid of Lehman.

Knowing the future, you could point out to them that a Lehman default would cause panic and that they would need to move to prop up AIG, the giant insurer, within hours.

You could show them the results of the subsequent decade of hyper-complex legal cases regarding the precise amounts that Lehman really owed to its counterparties whereby, time and again, it appears that the amounts claimed were drastically too large.  All of which would suggest that, in fact, Lehman might not have been insolvent in 2008: a tentative conclusion that some junior Fed employees had also come to at the time.  This would be crucial since a major problem for the Bernanke/Paulson/Geithner trio was the doubtful legality of intervention when a bank was bust.

All told, I think it is plausible that, if you could get their attention on that fateful weekend, you might prompt them to change their minds and intervene.

But, in truth, would it have made that much difference?  I still think it’s likely that the trio would have needed to ride to the aid of AIG, which, regardless, was in very big trouble (let’s face it, the backstopping of Bear Stearns and Fannie and Freddie earlier in the year had not reduced pressure on Lehman, Merrill and others for long).   It’s very plausible that the US would still have needed to create a – possibly milder – version of TARP.

So could you use your time machine to persuade Lehman and others not to get into such a mess in the first place?

I suppose the critical question is timing.  If you were to land in Dick Fuld’s office at some time in the start or middle of 2008, when the danger was becoming obvious even to Lehman, you might succeed in urging Lehman’s management to originate less risk or be more punchy in seeking a tie up with a saviour bank.  Of course, that is if they believe your time traveller shtick and don’t have you marked down as a lunatic like the unfortunate Kyle Reese.

Or maybe your visit would result in an all night meeting culminating in a decision to dump the entire mortgage portfolio into the market the next morning (like the central plot of the entertaining – but utterly implausible – 2011 film Margin Call)?   Even if it did though, someone else would be still be wearing the risk.

But if you went back much earlier than 2008, before the crisis started to bite, the chance of you being thought of as a lunatic would be much, much higher.  Lehman and all other banks like them had their models, their risk systems and the ratings decisions of Moody’s, S&P and Fitch to trust.  “What do you mean a crisis is coming?  Look at our VaR!” you might be told.

It is also an unfortunate fact that warnings at the time from within banks about the risks they were taking were not well handled although I concede that most of the unhappy Cassandras and whistleblowers did not claim to have been sent back from the future.

Alternatively, you could try to halt the build up of risk in the years prior to 2007.  You could go back and try to rally regulators and economists to avert the danger.  Well, good luck with that.  I’m quite sure that you would join the ranks of the other dissidents who were roundly ignored (Roubini, Pettifor et al).

(As an aside, I recall a Deutsche Bank conference in late 2006 where the bank’s chief economist and Martin Wolf, the FT journalist, debated the sustainability of the current wave of debt.  To Wolf’s expressions of discomfort, the DB man replied, in essence, ‘this time it’s different’.  In the coffee queue afterwards, colleagues and clients alike mocked Wolf’s timidity.)

So, instead, maybe you could journey further back to the early 2000s or 1990s to attempt to challenge the then growing and unswerving adherence to ‘light touch’ regulation, the belief on the inherent wisdom of free markets; to challenge the rise of quantitative approaches to risk management, or the growing computerised complexity of financial products?  I am not optimistic about your chances.

You’d be a time travelling Canute facing the roaring, unstoppable waves of consensus and technological advance.

In short, the further back in time you went – when determined evasive action could conceivably have altered the ultimate outcome – the less likely your pleadings would be heeded.

What this all suggests, I feel, is that the financial crisis (and its culmination in the bankruptcy of Lehman) was the logical result of long term political, cultural, intellectual and technological trends that were, so to speak, ‘baked in’ to the society we lived (and live) in.  The crisis was thus wholly ‘endogenous’ and, except when way too late, would have been difficult to stop even by a fully informed time traveller.

It is not a comforting thought.

Let’s hope we all listen more attentively to the next Kyle Reese when and if he arrives.

[1]  Here I ignore the obvious philosophical question – if you could stop the crisis happening, how would you have known about it before you set off on your journey through time, eh Arnie?  But let’s ignore the metaphysics for the sake of this article.