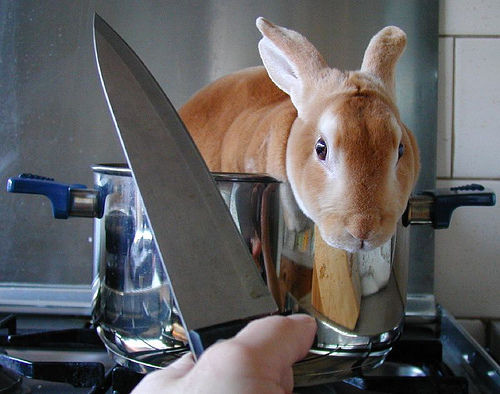 A year on from the peak of the hype, Cryptocurrencies are under the cosh.  They might have to turn back to one of their niche selling points to find a long term role:  and that’s privacy.

Last night I was invited to a debate at the London School of Economics on ‘The Future of Money’.  Actually, scrub ‘debate’: it was more like a brutal kicking in a pub car park.

In the blue corner, a young-looking Russian CEO of a company that ‘turns digital identity cards into secure digital wallets through the use of smart contracts and fiat-backed tokens.’  In the red, sat the Icelandic head of the LSE’s ‘Systemic Risk Centre’.  Blue was naturally pro-crypto; red pretty much hated the whole concept.

The pro-crypto chap started off gamely with the familiar crypto manifesto:  distributed ledgers lead to distributed trust; this produces assets that are less hackable and less easy for governments to manipulate. Then came some anecdotes.  He had used bitcoins to buy some expensive items when his bank (using fiat currencies) had proved difficult, slow and unaccommodating.  And they’re not just for big items: he’d even bought a coffee with bitcoin!

The reply from the red corner was withering.  Cryptocurrencies aren’t money.  They are a terrible store of value.  They are a horrible means of exchange and a worse unit of account. Mining them uses up 1% of the world’s electricity (‘less impact than mining gold’ piped up the Russian chap, but red was on a roll); all told, they’re a crappy reason to burn fossil fuels.

Then there was the incumbency problem:  if you or your business use Cryptocurrencies for any reason, you are then landed with unhedgable FX risk because you can’t pay your taxes with crypto.  I was nodding along at this point – I’ve made the same argument on this blogsite in the past.

And if crypto ever really displaced fiat globally (which it won’t, said red to more nodding from me, since no government would stand for it) it would be the biggest wealth transfer in human history: crypto that is currently worth only $150 billion would have to replace $50 trillion of fiat.  Inequality would be coupled with instability.

Then came the questions.  I have to say at this point that, because the (large) audience was made up mainly of young students, I expected its questions to be a bit more supportive of crypto than supportive of the middle-aged, crypto-hating man in the red corner.  Not a bit of it.

Is crypto really ‘distributed’ if the three biggest miners are owned by one Chinese company?  If crypto is a way of buttressing yourself against untrustworthy western governments, why should we trust the Chinese government more than we do the Bank of England? What happens to crypto if you die? How can you inherit it if there are private keys – knowledge of which dies with the owner?  And so on.

The Russian CEO threw up his hands at one point and remarked that ‘you seem to want me to solve the problems of the world’.  I felt a wave of sympathy for him; this was probably not the crowd he had been hoping for.  In my time as a banker I’ve had that rather unpleasant sensation many, many times.

I couldn’t help feeling, though, that his problems were mainly a product of bad timing. It’s tricky to boost an idea when its most prominent manifestation (bitcoin) is as saggy, sad and forlorn as a month-old helium balloon.  How much easier it would have been to have the audience on his side last year when the rocketing $5,000 to $10,000 to $20,000 price chart made it seem to many as if crypto really was the wave of the future.

But more than that:  how much easier would it be in a world where trust in fiat currencies was less unthinking? Like in my childhood in the 1970s, say, when inflation was rampant and investments in supposed stores of value as various as gold, vintage cars and fine art became vogue?  Or in the 1930s?  We’ve all been uncharacteristically lucky with monetary stability in the last 30 years – maybe crypto will need a new monetary disaster to thrive?

However, none of these musings could really help the besieged Russian CEO so the debate reached its end and, after a rather nice dinner as guest of the LSE, I went home to bed.

This morning I woke up to find a question from a friend of mine on social media.  He’d had drinks with some old friends (a couple) who’d had a blazing row when the woman had asked for the password to her boyfriend’s new phone and he’d refused.  Was the habit of couples sharing passwords a new thing, my friend asked?

My response was to tell him to advise the phone-owning man not to acquire a pet rabbit.  (Fatal Attraction, for my younger readers).  Others piled in saying broadly the same.  It seemed creepy to have access to everything, no matter how coupled up they were.  Surely some things can or must be private?  This made me think of cryptos again, especially their ability to ensure privacy.

And I think this is the last hook on which crypto can realistically hang its hat.  I like the convenience of digital payment but I’m not sure I love the idea that everything I do with my money can be tracked by governments or by businesses.  Like most people, I don’t have anything to hide but, like the man with the phone, complete transparency disturbs me.

It probably helps crypto that the traditional, slightly expensive solution to this problem – cash – is gradually starting to lose ground to digital transactions.  Some more ‘advanced’ nations are predicting the end of cash in the foreseeable future.    Many people would applaud this: digital payment companies of course, but also the police (at the LSE dinner I sat next to a senior police officer who told me about her department seizing £1 million per month in illegal cash).  Many people, however, would not.   The main concern?  Privacy from total surveillance.

So maybe the final, if rather fringe, role for the technology of Cryptocurrencies will be as a digital adjunct for cash that will mimic its convenience and anonymity at lower cost.  This will require changes: many cryptos, in what I think is an ultimately futile aim to become mainstream, have compromised on this aspect and become almost open books.  But if the changes occur and cryptos become more secure, they might eventually return to their old role as enablers of the ‘non-mainstream’ economy.

Their role, that is, until another huge crisis comes along to knock our confidence in Central Banks and their own computer-generated fiat currencies.